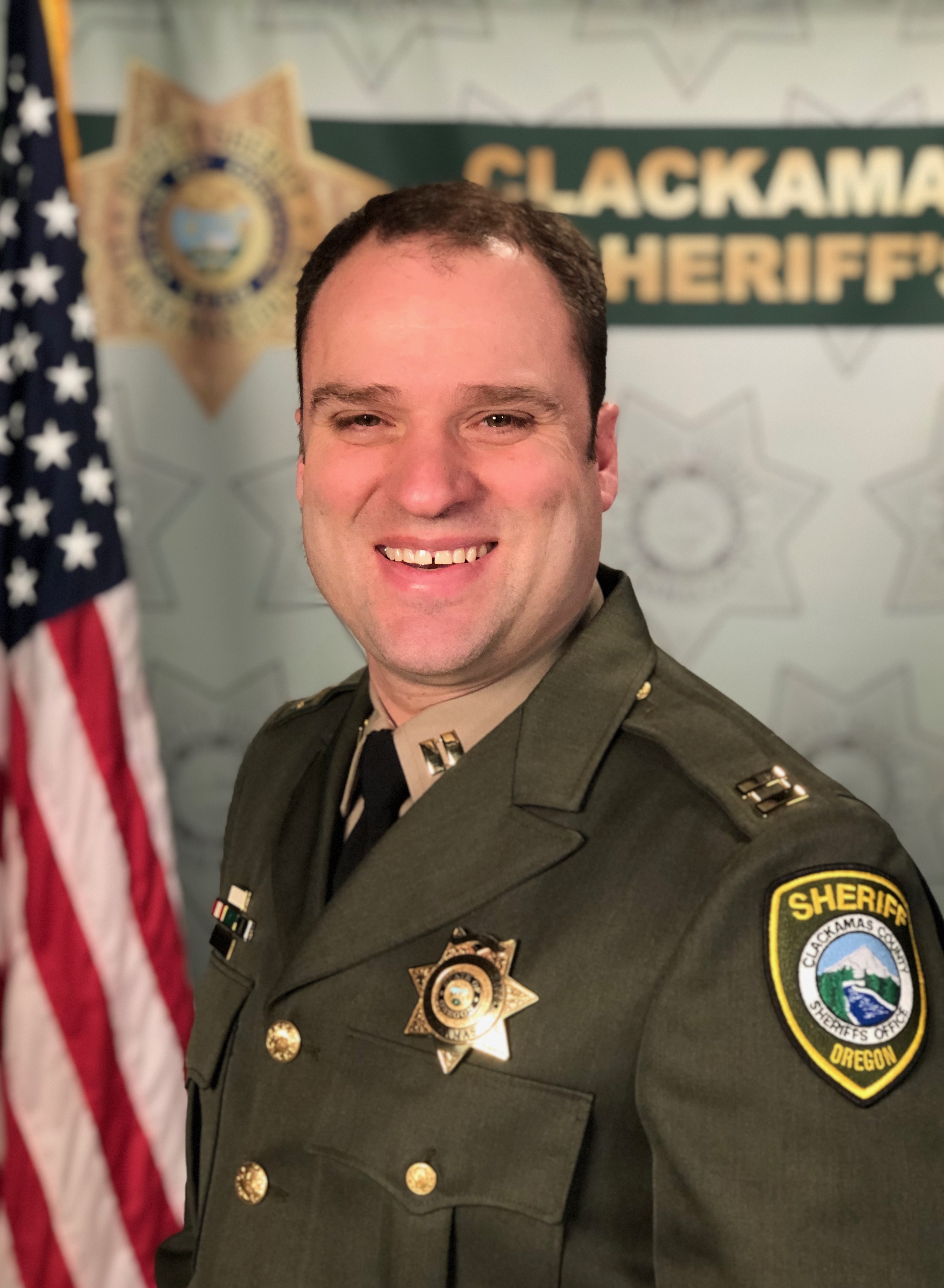 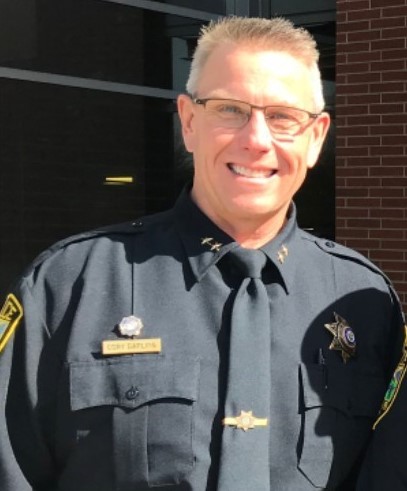 Cory Darling
Vice President (Statewide)
Email
Chief Cory Darling has served as the police chief of the Sunriver Police Department since 2018. Chief Darling served with the Bend Police Department from 1990 until 2018. He held several positions within in the organization to include captain, lieutenant, sergeant, motor officer, field training officer, firearms instructor, integrated use of force instructor, narcotic investigations and street crimes. He spent 16 years with the tri-county SWAT team advancing through the ranks to team commander. 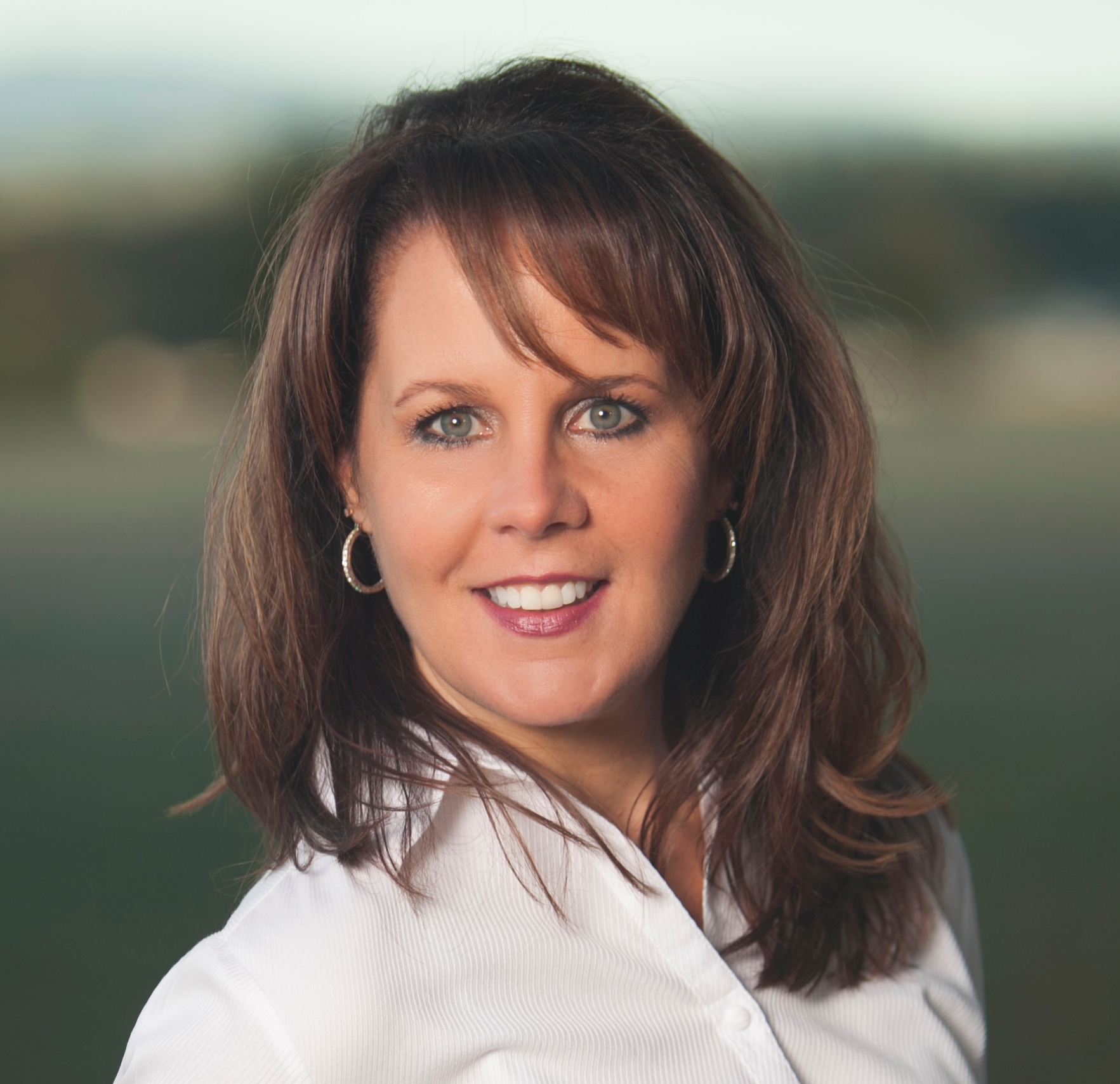 Corie Gosse
Secretary
Email
Corie Gosse is the surviving spouse of Deputy Bill Bowman of the Clackamas County Sheriff's Office, who was killed on September 12, 2000 during a SWAT training exercise at Camp Rilea, Oregon. Deputy Bowman was also survived by their two daughters, Lauren and Grace. Corie Gosse is a founding member of the Oregon Fallen Badge Foundation. 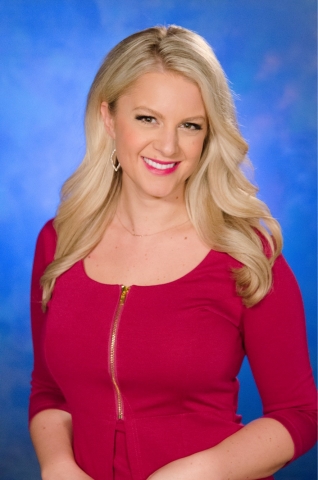 Ashley Korslien
Board Member
Email
Ashley Korslien is a morning anchor for KGW and is a proud law enforcement wife. Her husband is a K9 handler for the Vancouver (WA) Police Department, and she comes from a long line of police officers and military veterans. Ashley and her husband are new parents to twins, a girl and boy. She is honored to serve on the board for the Oregon Fallen Badge Foundation, and emcees the annual gala. Ashley is also a leadership council member for NWCAVE, which works to combat sex trafficking and violence against women and children. Ashley also serves on the advisory council for Harper’s Playground, a non-profit that builds inclusive playgrounds for everyone to enjoy. Her first TV job was in her hometown of Great Falls as the weekend anchor and military reporter. While working in Montana, Ashley founded a non-profit that helps military veterans and their families in times of need. In 2011, the Montana National Guard awarded Ashley the highest honor a civilian can receive. She was presented the Distinguished Patriot Medal for her dedication to Montana's military families.

Daniel Thenell
Board Member
Email
Daniel Thenell is a member of the board and the Foundation's attorney. A former Washington County Deputy District Attorney, he is a Shareholder at Thenell Law Group. Dan specializes in the prosecution of large-scale identity theft and fraud crimes, and co-drafted Senate Bill 464, creating a new crime of Aggravated Identity Theft. He's also trained law enforcement officers in report writing, search and seizure and domestic violence. Daniel Thennel is a founding member of the Oregon Fallen Badge Foundation. 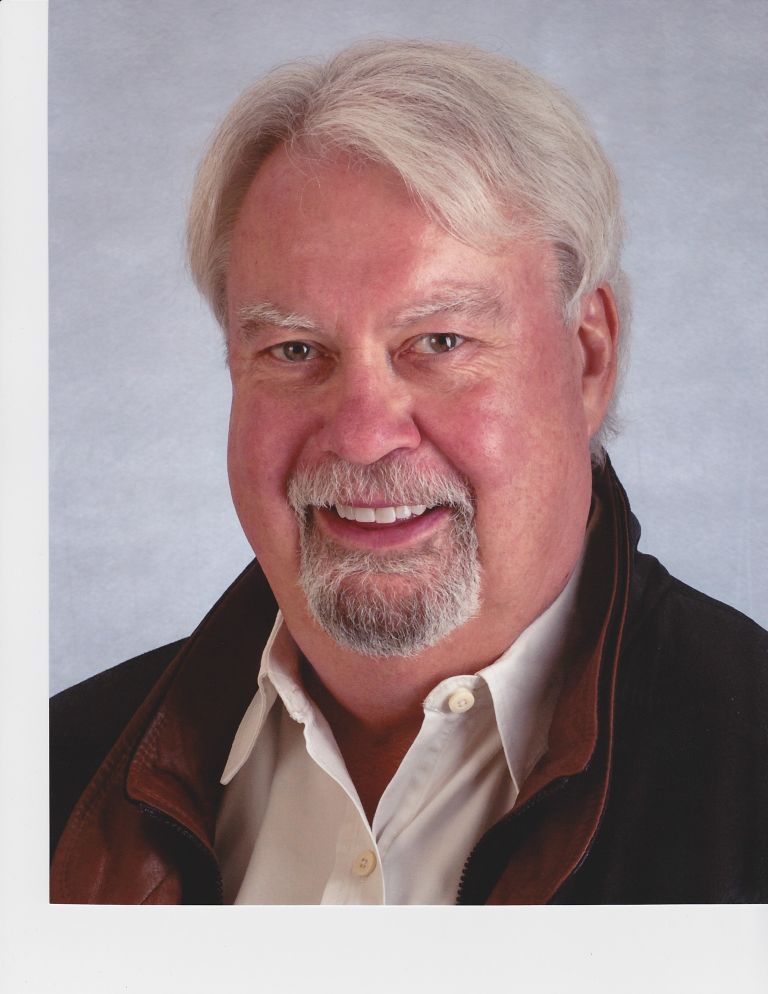 Bob Miller
Board Member
Bob has spent 43 successful years behind a radio microphone including 23 yrs. at Portland's 1190KEX and 10 yrs. at 860KPAM. He received a citation from President Reagan in 1988 for private sector charity work. Bob has founded two charities benefiting children who need eyeglasses and hearing aids and families of local troops deployed overseas. He remains active in charity work both locally and nationally.

Kirsten Curtis
Board Member
Kirsten Curtis is an attorney with Thenell Law Group.  She assisted the Foundation in obtaining its 501(c)(3) status, and provides legal assistance to the Board.  Ms. Curtis focuses her practice in the area of insurance defense, and is a volunteer judge for the Beaverton Youth Peer Court.

Crystal Purdy-Newland
Board Member
Email
Crystal Mai Purdy is the location manager of Lincoln Memorial Park & Funeral Home in Portland.  She is a licensed funeral director and embalmer and has worked in the industry since 2005. Crystal spent most of her childhood and adolescence in Japan, moving back to Oregon to finish high school and attend the University of Portland.  She worked as an EMT for four years before returning to college and receiving her degree in Funeral Service Education. When she is not working, Crystal spends most of her time volunteering with various veteran groups.  She is the Athletic Director of the Portland Chapter of Team RWB (Red White and Blue), a veteran organization that brings combat veterans together through physical and social activities.  She enjoys being active in her gym, running organized races and simply engaging in any physically-challenging activity. Crystal has a passion for giving back, paying forward and serving those who have served. 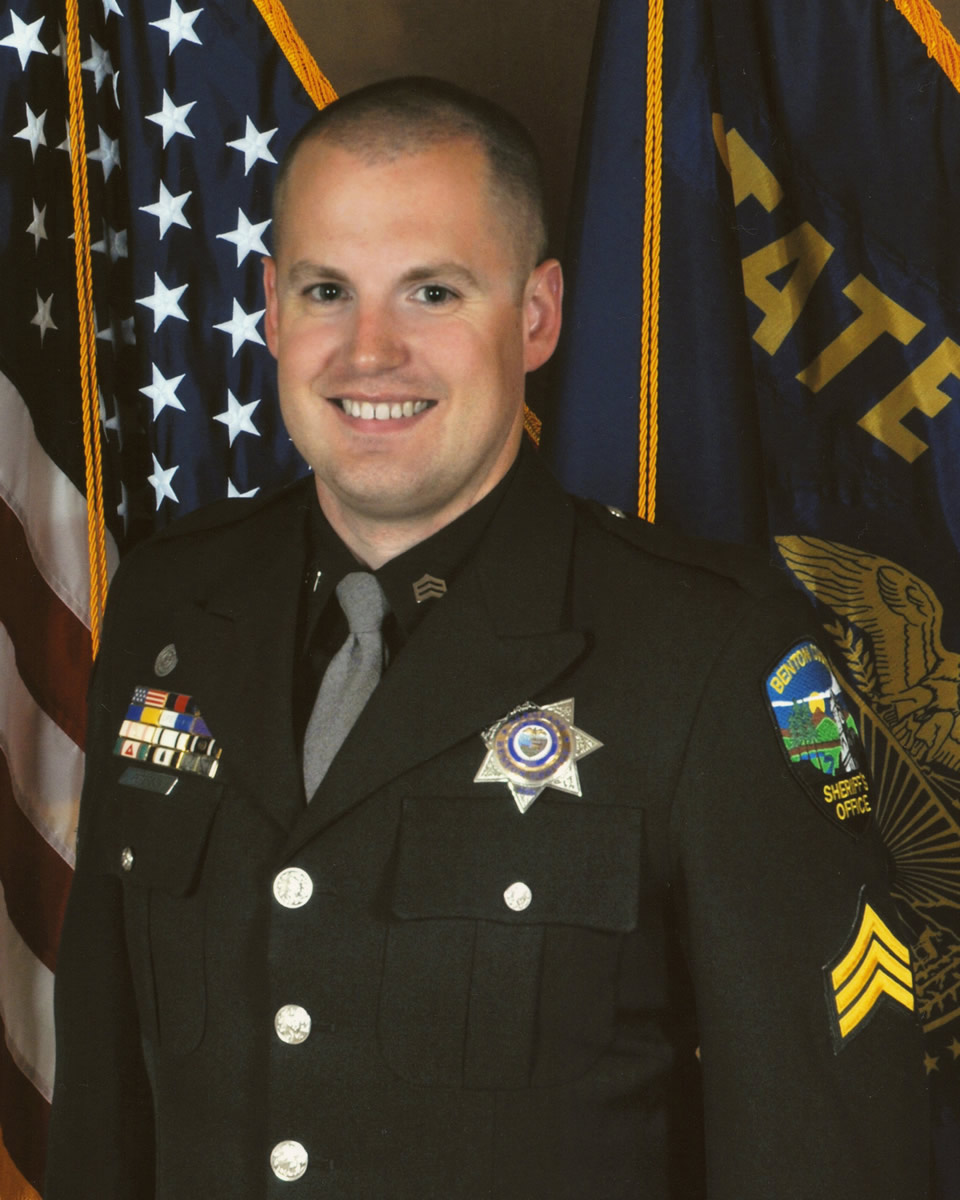 David Peterson
Board Member
Email
David Peterson began volunteering in law enforcement as a Corvallis Police Cadet and Benton County Sheriff's Office (BCSO) Search and Rescue Explorer in 1998 until 2003. From 2002-2004, he was employed part time as a Lead Officer with the Oregon State University Department of Public Safety. From 2003-2006, he volunteered as a BCSO Reserve Deputy and was employed seasonally as a Marine Deputy. He also was employed part time at the Linn-Benton Juvenile Detention Center from 2004-2006. In 2006, he was hired as a full time BCSO Patrol Deputy Sheriff, where he later served as a Patrol Sergeant and Detective Sergeant, before being hired as a Bend Police Officer in 2019. He has served as a vehicle collision reconstructionist, honor guard member, drone pilot, and field training officer. In his spare time, he enjoys all things outdoors and woodworking. He also serves on the executive board for the Oregon State Lodge of the Fraternal Order of Police. 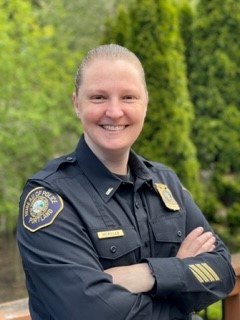 Amanda McMillan
Board Member
Lieutenant Amanda McMillan has served with the Portland Police Bureau (PPB) since 2001, holding various positions including Patrol Officer, Field Training Officer, Patrol Sergeant, Internal Affairs Sergeant, Youth Services Division Lieutenant, Drugs & Vice Lieutenant, and Detective Division Lieutenant.  She currently serves as the afternoon shift lieutenant at North Precinct.  Lieutenant McMillan has served as a member of the Police Bureau’s Employee Assistance Program since 2008, and a member of the PPB Honor Guard since 2014.  She is also on the board of the Portland Police Historical Society. 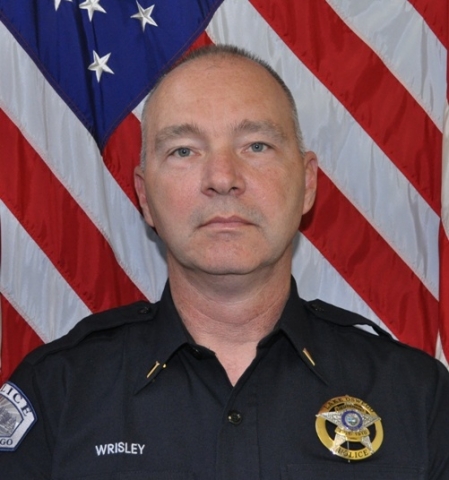 Darryl Wrisley
Board Member
Email
Lieutenant Darryl Wrisley is from Portland Oregon and after graduating High School went directly into the United States Marine Corp. After nearly ten years in the military he began a law enforcement career in January of 1989 and is currently a lieutenant with the Lake Oswego Police Department. He has served in many positions to include the Tactical Negotiations Team, Patrol, Narcotics, K-9 handler/trainer, firearms instructor, Detective, and Honor Guard Commander. 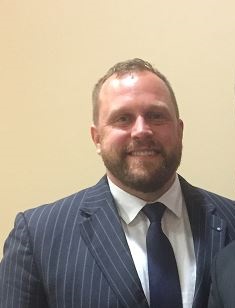 Joey Webber
Board Member
Timber Joey Webber is the official mascot for the Portland Timbers since 2008. Joey is an active community member helping support local charities and a long time supporter of law enforcement. 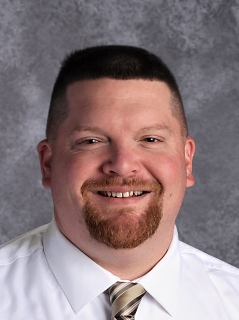 Nick Troxel
Board Member
Lieutenant Nick Troxel began his law enforcement career volunteering as a Corvallis Police Cadet.  He was hired by the Oregon State Police as a Fish and Wildlife Cadet.  He was hired part time as a Crime Prevention Specialist with the City of Corvallis Police Department.  Later he was hired full time as a Patrol Officer at the Corvallis Police Department.  He later moved to the City of Tillamook and began work for the Tillamook Police Department in 2003.  He also serves on the Board of Directors for Helping Hands Re-Entry, Current member and past President of the Rotary Club of Tillamook, and past President, founding board member for Auggie’s Hope, past member of the Tillamook School District Board of Directors, Member of the Oregon Fallen Badge Foundation’s Board of Directors and the Line of Duty Death Response Team. When not at work or volunteering Nick enjoys spending time with his beautiful wife and their two boys.  His family keeps him busy and he absolutely loves it.

Do you have a coupon code? If so, enter it now then click the 'Apply coupon' button. Otherwise, click the 'Close' button.

Please wait while you are redirected...